Jamstack and The New Dynamic 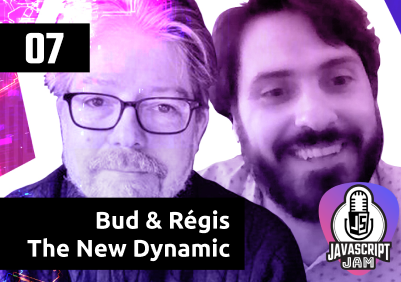 Bud Parr and Régis Philibert, the Founder and Lead Developer of The New Dynamic, share their story of working in the Jamstack industry since 2013.

Bud Parr, the founder of The New Dynamic, began working with static site generators and the “Jamstack” back in 2013…that’s three years before the term was even coined! Learn how Parr and his partner, Régis Philibert, got started in the field and grew both a business a community of over 700 developers dedicated to building fast and secure modern websites.

Join a growing community of developers. Every monday we share valuable insight, tips, and news surrounding JavaScript and modern web development. We are also live on Twitter Spaces every Wednesday at 12pm PST.